Meet Clarke, the Star of the Ultimate Dog Tease 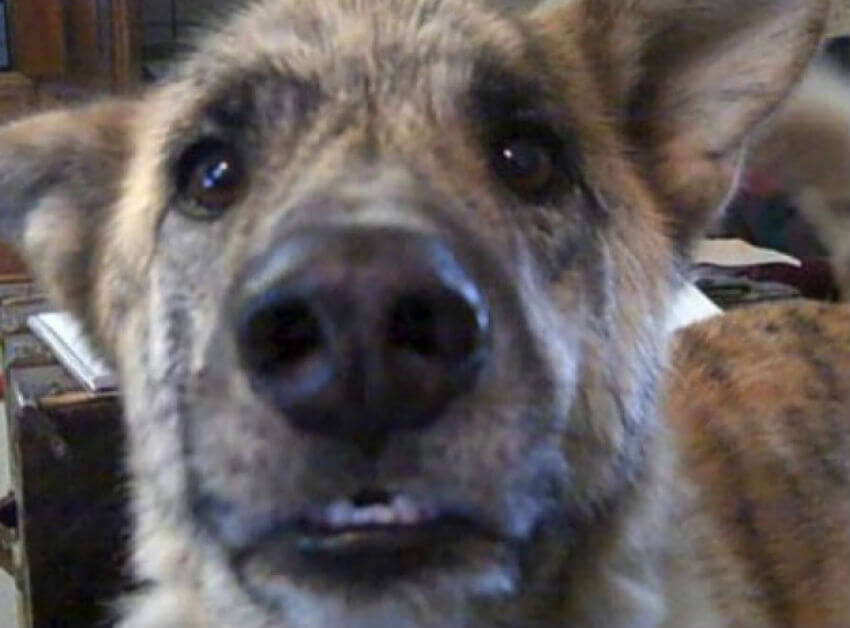 People across America love their adorable dogs, but one rose to stardom above the others back in the day, a pinnacle among pets. Meet Clark, the Star of the Ultimate Dog Tease video!

Just who is that adorable dog that skyrocketed to fame thanks to the “Ultimate Dog Tease” video in which he’s tortured by the talk of bacon (the maple kind) and such. It’s Clark. Clark Griswold is his full name and he’s a 2-1/2-year-old Dutch Shepherd mix (a rescue pup!) residing in Colorado.

With 28 million views on YouTube when the video was going viral back in 2011 (to 187 million and counting today), a feature on Good Morning America and other news outlets, and other press, what about this pup has enamored online video watchers – whether they’re dog lovers or not? That’s easy – he’s adorable, his earnest expression is as sweet as can be, he’ll make you smile, and it’s very likely he ‘says’ just what dogs may if they could talk to us.

Visit Clark’s Faceboook page (of course he has one), where you’ll find photos of him, including a sweet puppy pic, and can read comments from his adoring fans. And you’ll also learn a little more about Clark, namely his ‘Personal Interests’ include: steak, cheese, duck jerky, elk stew, and “whatever my mom and dad will share with me!” That’s not all – he also loves to play ball.

The “Ultimate Dog Tease” video was created by Andrew Grantham, who hails from Halifax, Nova Scotia, and matches voice-overs to people’s pet videos as a hobby. That being said, Clark is not his dog, and according to an interview, he belongs to a Colorado family who sent him the video. Needless to say, Grantham and Clark have newfound and much-deserved fame. Take a look at the video if you haven’t yet, and you’ll certainly agree.

Check out Clark G the Dog and his official online store (a portion of the proceeds go to the Nova Scotia SPCA).

Originally published May 2011; reviewed and updated May 2016.