VW’s Super Bowl Spot: Behind the Scenes with Bolt 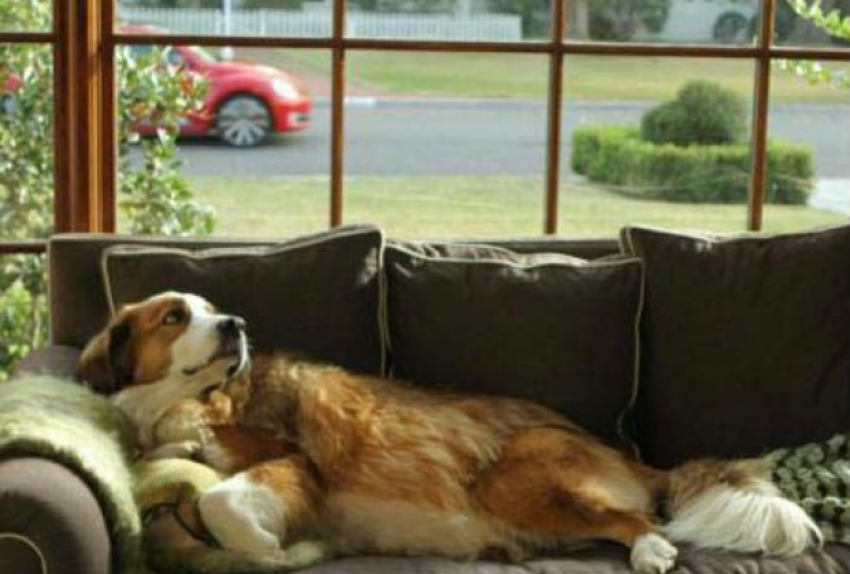 We all know Super Bowl ads tend to be the most creative out there, and any that include dogs stand above the rest. Check out VW’s Super Bowl spot and watch the interesting look behind the scenes with Bolt, the star of the spot.

While their are always a number of Super Bowl ads that prominently featured dogs in their ads, there was one stand out from the last couple of years, the VW Beetle spot called “The Dog Strikes Back,” starring Bolt the dog.

Bolt, a 3-year-old Saint Bernard-Australian shepherd mix, started the 60-second spot as a chubby couch potato, only to transform through diet and exercise to a slim-and-trim dog able to keep up with the VW Beetle. What was so appealing about the ad, aside from the fact he was clearly a mixed breed pup, was that you had to wonder how the commercial was filmed.

How did Bolt go from flabby to fit, and did he really do all of those exercises? Was Bolt made to gain and then lose weight? Seems inhumane. Were there two “Bolts,” a chunky and slim one? Seems impossible to find two dogs so similar even with help from hair and make up.

Now we have the answer, thanks to an interview with the folks at Deutsch LA, the agency that created the commercial and published in the LA Times. According to an LA Times article, the one and only star of the spot was Bolt, who was fitted with a fat suit to make him look heavier in the start of the commercial. Apparently, the initial plan to find two dogs, one fat and one fit, but Bolt was such a good actor, they went with one. More about Bolt: he lives in Santa Clarita, CA with his ‘parents’/trainers along with his brother Lewis and sister Hina who are also dog stars, and Bolt will appear in the upcoming movie “Beverly Hills Chihuahua 3,” and has filmed a TV pilot.

Check out the cool video from Volkswagen that goes behind the scenes and shows how the commercial was made. And view “The Dog Strikes Back,” starring Bolt the dog as well.

Image courtesy of and from VW’s “The Dog Strikes Back” spot.