All About Harvey the TV Commercial Star 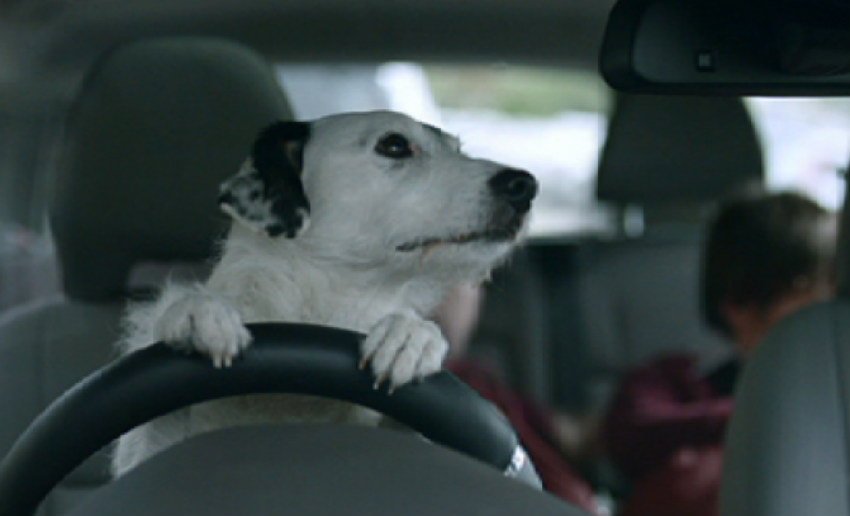 Dogs can persuade better than most, which makes them star performers in all kinds of ads. Learn about one that stands above the rest – adorable Harvey the pup superstar from British TV ads.

Have you heard about Harvey the dog? He’s the engaging star of a British television ad, which has turned him into an absolute pup superstar.

In his first ad, a couple is looking at dogs to adopt at a shelter of sorts and they come upon Harvey, who plays a television ad presenting his amazing domestic skills. Harvey clearly proves he would be the perfect addition to the couple’s home — and perhaps helps to promote adoption in general too! The campaign was created for a marketing industry organization called Thinkbox, which intended (and succeeded) to show the power of television advertising. It’s must-see TV, so be sure to view the short video below.

The ad first appeared in September 2010 and has since won several industry awards along with creating a cult following for Harvey. The ad has attracted over 2 million views on YouTube following 260 million broadcast views on British television. Harvey went on to star in other ads – the most recent one with a lovely white Poodle named Harmony. Check out Harvey’s Facebook page to see all of his spots and what he’s up to now.

Behind the Scenes Video

To learn more about Harvey, Thinkbox offers a behind the scenes video on the making of the ad, and an interview with Harvey was featured in the UK’s Daily Mail last week. Among other things from the article, you’ll learn Harvey’s name is actually named Sykes and he resides in Deddington, Oxfordshire, sharing his home with his owner, Gill Raddings, and other pup stars. And Harvey is one of the most successful stunt dogs in the business! His credits include starring with Johnny Depp in Sweeney Todd and Pirates Of The Caribbean and roles in The Other Boleyn Girl, Young Victoria, Clash Of The Titans, and more.

Sykes’ owner Gill explains Harvey’s compelling performance as a rescue dog may partly be attributed to the fact he was a stray himself. Gill brought Harvey into her home at the age of seven months (he’s now seven years old) and he’s a mix with some Parson Jack Russell. She adds “He does get recognized these days and people will come up and say: ‘Do you know, that dog looks just like Harvey in the TV commercial.’  They give him a pat. He loves the attention.”

See the behind the scenes video, “Working with Harvey, On Set with an On Screen Legend.”
www.thinkbox.tv/harvey