Calming Signals Your Dog Sends You 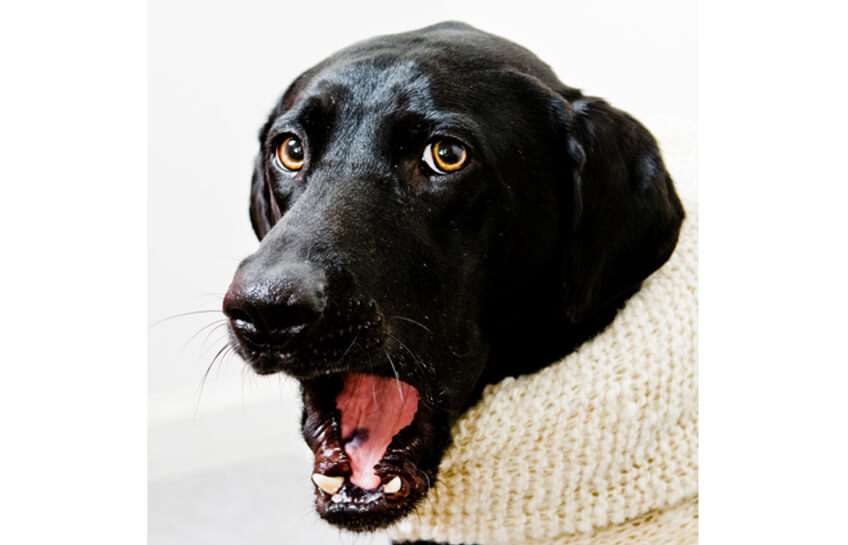 Our dogs are constantly sending us messages since they communicate largely through visual cues. Yet, many of these go ignored. Read on to learn about calming signals your dog sends you to improve your communication.

If only our dogs could talk. They’d probably tell us to please stop shouting commands, bending over them and making fast movements. Instead, they yawn, lick, maybe sniff around on the floor, just a few things that internationally-renowned dog trainer and behavior expert Turid Rugaas calls “calming signals.”
After years of study in dog behavior and language, Rugaas would argue that our dogs are actually telling us to stop the threatening signals like reaching for them, staring into their eyes and other actions by using calming signals, But since we don’t speak dog (or understand calming signals), we keep doing them.

By taking the time to recognize the subtle cues dogs use to diffuse conflict with each other, we can improve communication in our own little pack. In her critically acclaimed book, On Talking Terms with Dogs: Calming Signals, Turid Rugaas describes over 30 different international and universal calming signals.

Watch your dog for these canine conversation starters and read about more signals at the link below.

He’s not tired or bored. Your dog’s often yawning for different reasons. This common canine calming signal usually express his displeasure. When someone bends over him or sounds really angry, he yawns. When he’s not in the mood for more training, or you just said no to more treats, more yawns. Then again, really good news like seeing the door opening for his walk can also trigger a yawn. All that anticipation just makes him yawn.

Actually, it’s more of a flick of the tongue onto the nose than a full-fledged lick. Dogs recognize it immediately. One dog flicks his tongue, the other dog responds to it since any signal is returned with a signal. It’s a social greeting, a “Hey there” in dog. Interestingly, Rugaas explains that some dogs use licking more than others. Black dogs and others whose faces are hidden under lots of fur or are harder to see for whatever reasons tend to use the gesture more.

You’re out for a walk with your dog when an old friend stops to say hello. Suddenly your dog is incredibly interested in something down on the ground. He’s sniffing all around your feet or digging into one spot to pick up a scent. Come to think of it, your dog often nose dives down around new people or in noisy or new places. You’ve seen it before. Sometimes he’s just enjoying the scents, and other times he’s just calming himself.

He’s chasing a squirrel. He’s running fast. Then suddenly your dog is frozen in place or even lying down for a pretend nap. Rugaas believes the canine freezing signal taps into the hunting instinct. The dog’s chances of scoring his prey rest on his furry shoulders. When the prey is still, the dog must be still. But now that lunch is served every day, no hunting necessary, your dog may use the freezing calming signal when you’re angry or appear threatening. It’s your dog’s way of saying, “Take it easy.” By not moving, he invites you to calm down too.

For more details on these calming signals and descriptions of many more, check out Turid Rugaas’ article “Calming Signals: The Art of Survival.”

Thank you to Lolly and Bell for the photo.