Dogs Can Sniff Out Family From Friends 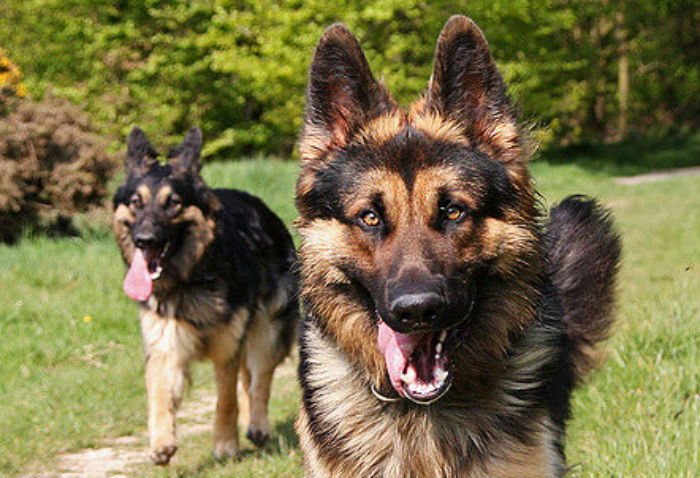 Will your dog remember his sister? Studies say ‘yes’ and have shown that a dog will approach a littermate over an unrelated dog even after months of separation.

As it turns out, many studies have zeroed in on this topic known in scientific circles as “kin recognition,” the study of how animals recognize their relatives and its importance in the natural world. The research often focuses on amphibians, social insects and in mammals, the rodent family, and there have been few studies with regard to dogs.

For research on our furry friends, we turned to the latest issue of DOGWatch newsletter from the Cornell University College of Veterinary Medicine. Katherine A. Houpt, VMD, Diplomate, American College of Veterinary Behaviorist, explains that dogs do likely recognize their family members. Studies have shown that dogs will approach a littermate in preference to a strange, unrelated dog even after months of separation. And further “if a dog’s littermates were divided and cross-fostered with other females, the dog would still recognize the littermates.”

While there is a stronger draw to littermates with whom a dog was raised, dogs still prefer an unfamiliar relative over a more familiar non-relative. Dr. Houpt also suspects that, although recognition is based more on color than on visual cues, a dog may be the friendliest to the dog whose genome is most like his, for instance, that with the most similar coloring. So how do dogs show their preference? They may approach their siblings or parents faster or there may be more play or tail-wagging than with unrelated dogs.

But it’s not just dogs who they recognize, but people too. Studies also show that a dog will choose the person who raised him over a stranger, even if it’s been years since they’ve been together. What a relief! They remember us after all.

DOGWatch Newsletter is a monthly publication from Cornell University’s College of Veterinary Science with news and advice on dog care.
www.dogwatchnewsletter.com

Thank you to Marilyn Jane on flickr for the photo.