Dogs Understand Our Pointing Gestures as Well as Toddlers 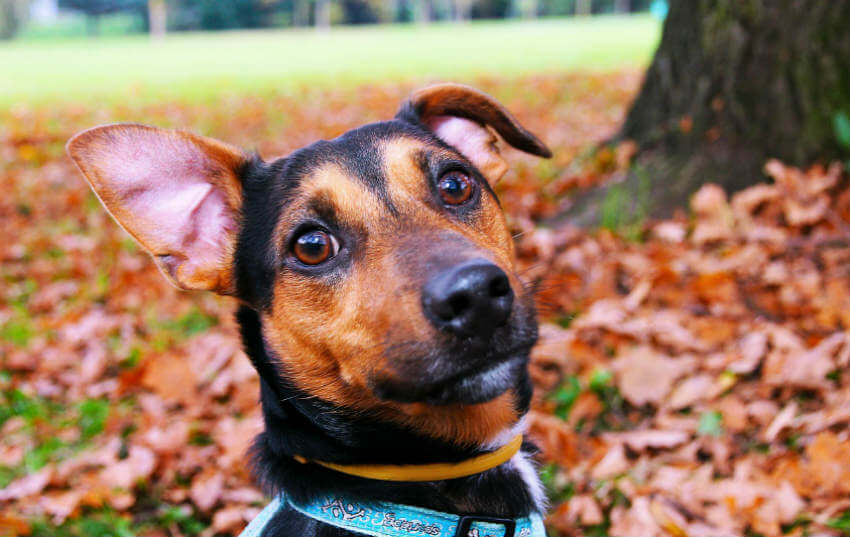 Believe it or not, dogs understand our pointing gestures as well as human children; understanding this visual cue requires little to no learning time.

You didn’t imagine it. Your dog actually looked in the direction you pointed to with your finger. He gets the gesture. In fact, two new studies published in the current issue of Animal Cognition, and reported this week by Discovery News, show that dogs share the same capacity to understand pointing gestures as two-year old human children. The study found that dogs require next to zero learning time to figure out the visual communication, and claims that due to domestication, dogs appear to be predisposed to read other human visual signals too, like head-turning and gazing.

What’s more, since chimpanzees and other non-human primates don’t understand the meaning of pointing, the study suggests that dogs may understand humans better than even our closest living animal relatives (or perhaps an immediate family member for that matter).

Gabriella Lakatos and Marta Gacsi, both researchers from the Department of Ethnology at Eotvos University, conducted two separate studies. For the first one, Lakatos’ team used finger-, elbow-, leg- and knee-pointing gestures to help dogs find hidden food and the two and three-year-old kids find their favorite toy. The dogs and two-year old kids understood all the gestures except knee-pointing, and were confused by the meaning of one arm raised in a certain direction with a finger pointing the other way. The three-year olds, however, understood all the gestures. Lakatos explained, “in human children between the age of two and three years, important changes take place that go beyond the capacities of dogs.”

For the second study, Eotvos University’s Marta Gacsi and her team study 180 dogs of various ages. They wanted to see how development and individual differences affect how they comprehend human pointing. The results showed “no difference in the performance according to age, indicating that in dogs the comprehension of the human pointing may require only very limited and rapid early learning to fully develop.”

Read about the study and how it translates into communication with your dog.
www.sciencedaily.com/gestures

Beyond this study, read Patricia McConnell’s insight on the topic and see the National Geographic video, which shows dogs responding to pointing gestures in another study.

Read another interesting story from BBC News this week: “Cats Use Special Purr to Manipulate Humans”