Fascinating Dog News from Around the World 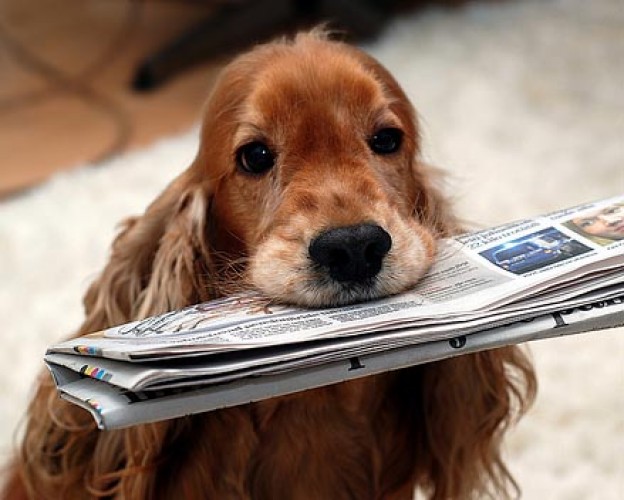 New scientific research studies about how dogs think and behave are in the news nearly every week. And it’s just what’s needed to help us better care for and understand our fur family members.

Since it’s hard to keep up with all of the latest dog-centric research, here’s a recap of the latest top stories – read the summary of each and click for the full article and all the details. From a comprehensive study examining the causes of dog mortality to research about gender differences in dogs, and a study that actually proves dogs know whom to ask for treats, and more – it’s all here.

Will Eavesdrop for Treats

It turns out dogs are not just experts at sniffing out treats left behind in your jacket pockets, dogs also know whom to ask for treats by eavesdropping! Researchers at University of Milan’s Canis sapiens lab in Italy proved just how good dogs are at interpreting our social interactions with a series of experiments featuring actors sharing food. In one instance, an actor begged for food and received it with kind words, and in the other the beggar was “shooed away with a harsh gesture and firm ‘no’.” Dogs in the study viewing the interactions were then given the chance to approach either actor, and in two-thirds of the trials dogs choose the friendlier one.  It was apparent the tone of the actors’ voices had the greatest impact on the dogs’ selection once the experiment was repeated and the actors used only gestures. Read more at New Scientist.

The passing of a pet is the last thing anyone wants to think about, but it’s exactly what researchers at the University of Georgia College of Veterinary Medicine examined in their recent study analyzing the causes of death for nearly 75,000 dogs among 82 breeds. The study is published in the March/April edition of the Journal of Veterinary Internal Medicine and findings were compiled from information collected in a national Veterinary Medical Database and reported by 27 veterinary teaching hospitals from 1984 to 2004.  Find the detailed results in their entirety including charts with details by breed (and also reasons for interpreting the results with caution) at the Journal of Veterinary Internal Medicine, or read Dr. Nancy Kay’s blog post on the topic, which provides a great overview of the findings. Know the patterns so you know what do look out for and avoid risks when possible!

Battle of the Sexes

A study published a few weeks ago in Biology Letters and from researchers at the University of Vienna upped the ante in the battle of the sexes among dogs. The study sought to determine dogs’ understanding of “object permanence,” or the realization that objects continue to exist and do not change form just because they go out of sight. While the goal was not to examine gender differences, findings revealed that female dogs notice when a ball appears to magically change size in front of their eyes, but males do not. It’s unknown if evolutionary factors are at play or male dogs detect the change but simply don’t care. ScienceNow magazine cites psychologist and dog expert Stanley Coren’s theory, that the disparity can be attributed to evolutionary differences; for instance, female dogs have a greater reliance on sight compared to males because they need to keep track of their puppies, which all have a similar scent. Read more about the study at Science magazine.

A Leg Up on the Competition

Here’s something to ponder on your next trip to the dog park: it’s not just male dogs that practice overmarking, but both male and female dogs compete for status “using the height, leg-lift angle, location and quality of their pee.” That’s the key finding in a study published in the April issue of the journal Animal Behaviour from researchers Lisberg and Snowdon at the University of Wisconsin-Whitewater. Researchers found that male and female dogs countermark in response to same and opposite sex urine, and “high status dogs” do it more often. Previous studies showed that overmarking was something done by male dogs to hide female urine. Read all about the study at Discovery News.

Read more fascinating dog news – plus find other fun dog facts, in the More Bones to Chew On category in the Tip Archives.

Thank you to Rene Jakobson on flickr for the photo of Brandy.