Latest Research: Inside the Look of Love 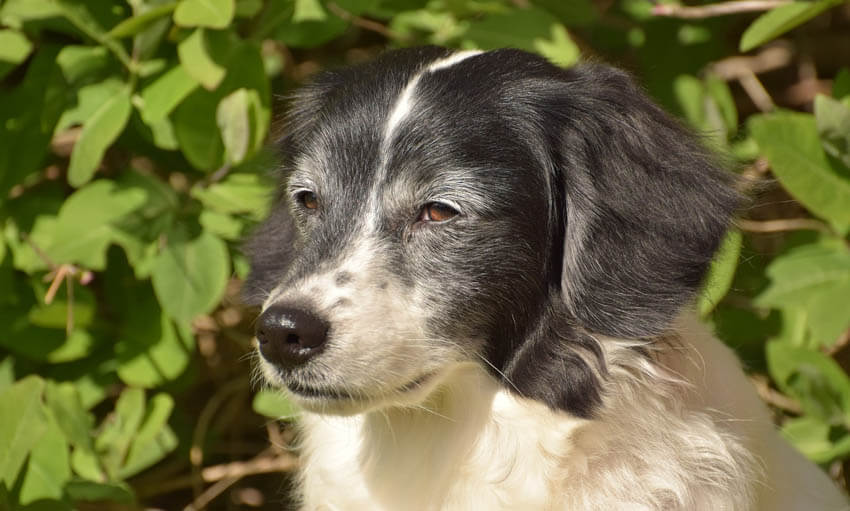 We all love our pups, but did you know just how much our affection has to do with biology? We experience the same surge of emotions when gazing at our dogs as moms do with their babies.

Don’t tell the kids, but your dog is moving in on their territory. A recent study from Japan’s Azuba University shows what dog people everywhere have suspected for eons: We experience the same surge of emotions when gazing at our pup as moms do with their babies.  It’s all thanks to a burst of the delectable “cuddle chemical,” the hormone oxytocin. All we need to do is play with our pets, look into their eyes, and the love drug surges, banishing stress, breeding trust and lifting our spirits as it flows.

Azuba University biologists (and self-described dog lovers) Miho Nagasawa and Takefumi Kikusui had a hunch about this. “Something changed in our bodies when gazed (upon) by our dogs,” Kikusui told New Scientist. So to explore this human response and whether social contact between two different species could boost oxytocin levels as well, they recruited 55 pups and their people for a study.  Here’s how it worked. Each person provided a urine sample before and after playing with their dog in a half-hour laboratory play session. The control group of people was instructed to completely avoid the gaze of their dog.

The results were in. The dog people who spent an average of two and a half minutes making eye contact during the play session, experienced a 20% rise in their oxytocin levels. The control group, that didn’t look into their pup’s eyes, experienced a slight drop in the hormone level. No wonder dogs evolved into man’s best friend. Kikusui offers, “Maybe during the evolutionary process, humans and dogs came to share the same social cues, such as eye contact and hand gestures. This is why dogs can adapt to human society.”

Interesting as this is, the study offers something even more compelling to a world of dog people. Finally, there’s a scientific explanation for how a human can love a dog like a child. Your mother-in-law will be so pleased.