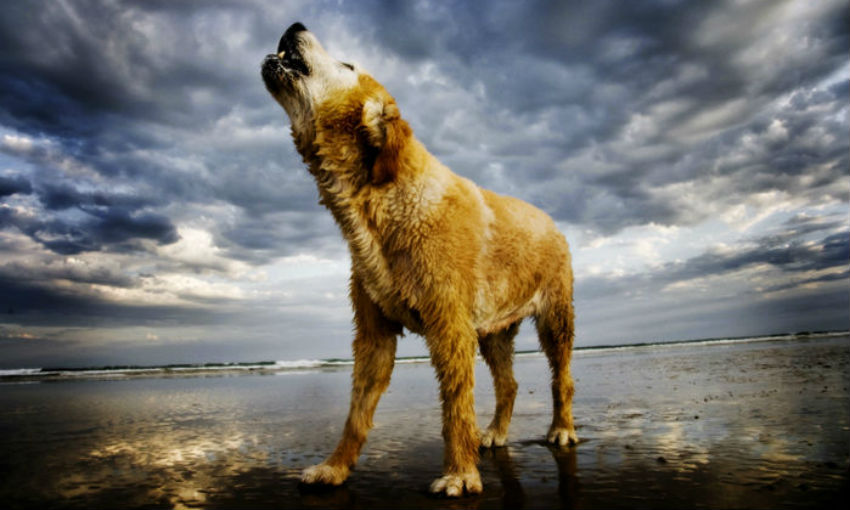 Have you ever wondered why your dog barks at absolutely everything, and so very loudly? How do you get your pup to stop if you aren’t sure why he or she barks in the first place? A research study decodes the evolutionary reasons for barking.

Why do dogs bark? Are they trying to tell us something? Everybody has a theory. But until very recently, no real scientific study of the dogs’ bark existed. So it comes as a huge relief to the Woof Reporters that Kathryn Lord, a doctoral candidate in organismic and evolutionary biology at the University of Massachusetts Amherst and her colleagues finally tuned in to the bark. To our surprise, her recent paper in Behavioural Processes serves as the very first precise definition of the common bark. And we’re not just talking about dogs here either – birds, deer, and monkeys also bark in certain situations, though not for the reasons you may think.

Get this. Lord and her team don’t think dogs bark to communicate with each other or us. When they bark, it’s not because they’ re trying to tell us something. So there’s absolutely no point to asking, “what is it, boy?” when your dog runs to the window and starts mouthing off. Lord suspects he has no message in mind to communicate by barking at all. Instead, she explains, “We think dogs bark due to this internal conflict and mobbing behavior, but domestic dogs bark more because they are put, and put themselves into, conflicting situations more often.”

An example of internal conflict for a dog in today’s world may be when he’s anxious or excited when seeing a person approach, but is behind a fence and prevented from approaching or fleeing. But what’s mobbing behavior? It goes something like this. Over the centuries dogs learned to protect themselves by barking. One dog spots a predator and starts barking because she’s torn between the urge to flee and the need to stay. Then, the whole pack joins in, ultimately creating a mob mentality that scares off the predator. This mob scene strategy came in handy over the last 10,000 or so years as dogs hung around human food and garbage. By ganging up on predators instead of running away, the dogs self-selected. The ones who overcame their fear of people and stayed while people approached were rewarded with a meal, thrived and reproduced.

The Woof Reporters thought this was all very interesting but really wrestled with the idea that dogs don’t use barking to communicate. We’re pretty sure that the yapping at the door routine is the closest our dogs get to saying, “Enough with the computer, take me outside already!” Lord recognizes dog people’s general reluctance to accept her findings and reminds us of just how smart dogs truly are. Dogs get cause-and-effect. So barking is just another learned cue, like “Shake” or “Sit” or “Bring me the remote, please.” Now if only teaching them not to bark came as naturally. Another study perhaps…

Read more about the findings at the link below
www.sciencedaily.com/barking

Research that shows that babies have a handle on the meaning of different dog barks, even if they’ve had little to no exposure to dogs.
www.phys.org/barking

Thank you to Barry Feldman for the photo.