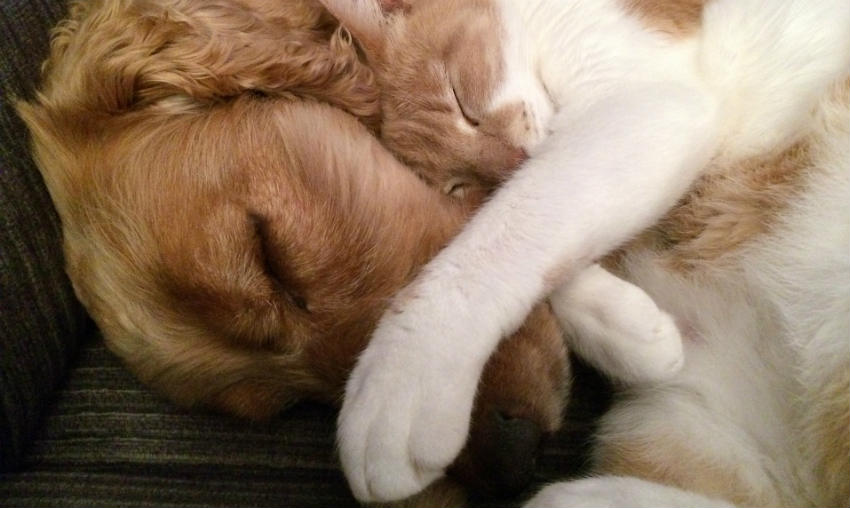 Dogs vs. cats — the age-old debate continues even today! Whether a cat or dog fan, we all think our critter of choice is the best, the smartest; however, a new study explains dogs are smarter than cats.

Don’t tell Fluffy, but researchers recently stated what dog lovers have been saying all along: Dogs are smarter than cats.

There’s no doubt the debate about the intelligence of our fur friends will continue, but in the meantime, keep reading to learn about the study from researchers at the Oxford University in England, and feel free to share your thoughts in the Comments section below.

A report in Proceedings of the National Academy of Science, Oxford University researchers reported that highly social animals have developed bigger brains in relation to their body size, suggesting it’s because they need to think more and as a result, they’re more intelligent.

The researchers analyzed brain size and body size data for more than 500 species of living and fossilized mammals. They found the brains of social animals grew the most over time, with monkeys in the lead and followed by horses, dolphins, camels and dogs. In addition, the brains of more solitary mammals, such as cats, deer and rhinos, grew much more slowly during the same period.

Lead author Dr. Susanne Shultz said, “Prior to the study, most scientists believe brains in mammals developed at about the same rate over time and this study discovered otherwise. This study overturns the long-held belief that brain size has increased across all mammals. Instead, groups of highly social species have undergone much more rapid increases than more solitary species. This suggests that the cooperation and coordination needed for group living can be challenging and over time some mammals have evolved larger brains to be able to cope with the demands of socializing.”

The study also stated that not all mammal groups have larger brains, suggesting that social animals needed to think more. Co-author and Professor Robin Dunbar said: “For the first time, it has been possible to provide a genuine evolutionary time depth to the study of brain evolution. It is interesting to see that even animals that have contact with humans, like cats, have much smaller brains than dogs and horses because of their lack of sociability.”

Of course, there are scientists (along with cats and cat guardians) that question whether brain size directly correlates to intelligence. And as many cat people will attest, their feline companions are masters of getting them to do whatever they want, and isn’t that a sign of true intelligence?

And in the end, the real question is how much you value intelligence as a trait in your fur family member. After all, love and companionship is all you really need!

Read more about the study at TheWeek.com, “Are dogs really smarter than cats?”
www.theweek.com/dog-cat-smarts