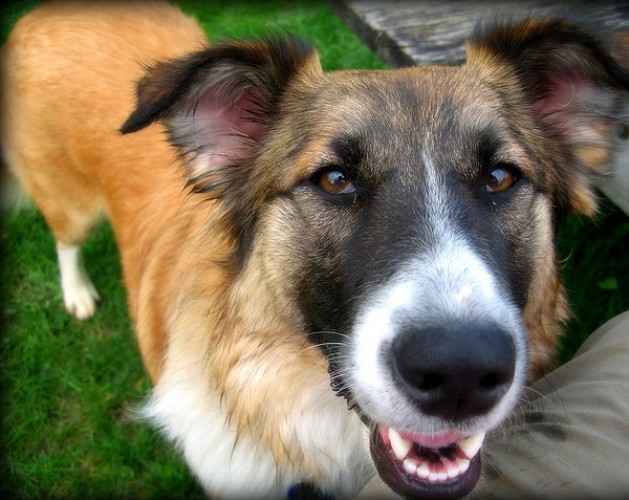 Read all about the most comprehensive analysis of the nation’s mixed-breed dog population and learn which breeds are found to most commonly found in our marvelous mutts.

Woof Report covers the most popular dog breeds in the U.S. each year as reported by the American Kennel Club (AKC). The AKC compiles the rankings annually based on the number of dogs registered each year with the AKC, and includes listings of top breeds within major U.S. cities too.

And thanks to Mars Veterinary’s first-ever National Mutt Census, we have insight into the most popular “breed” in the nation: the marvelous mutt!  At the time the study was conducted, mixed breed dogs represented around 53% (or 38 million) of all dogs that share our homes in the U.S. A google search today gives no further updated stats and sadly Mars has not published another Mutt Census. Read on to see why it would be interesting to revisit results from the 2011 study.

Mars Veterinary launched the first-ever National Mutt Census to generate the most comprehensive analysis of the nation’s mixed-breed dog population to date. The Mars Veterinary genetics research team collected DNA samples from more than 36,000 mixed breed dogs to determine the breed history of each dog, and combined it with survey results from 16,000 mixed breed dog owners.

Angela Hughes, veterinary genetics research manager at Mars Veterinary, explains why there’s a discrepancy in common breeds found in mixed breed dogs and popular AKC registered dogs, “The results of this poll provide a vivid snapshot of past and present trends in mutts. The DNA of America’s mix-breed dogs tells a story of which breeds were popular in past decades. If a breed was trendy in the past but has fallen from popularity, it may still represent a large portion of the current mixed breed population.”

It would be fascinating to learn the most popular breed present in today’s mutts. Would it be American Pit Bull Terrier, American Staffordshire Terrier or maybe Chihuahua, or perhaps Lab or German Shepherd? One would have to think results are still a bit skewed considering the report is using data from folks that chose to use DNA tests on their dogs, a sub-set of owners. Still, results are interesting!

Top 10 most popular breeds found in the nation’s mutts along with the breed’s AKC ranking in terms of popularity.

View the Mutt Census detailed results at the link below, and in the meantime, check out the additional trends with regard to our mutts from Mars Veterinary:

Find a marvelous mutt on Petfinder. Search by breed to find mixed breed dogs with the breed of your choice.

Thank you to Sarah Mae Scott on flickr for the photo of Coco.