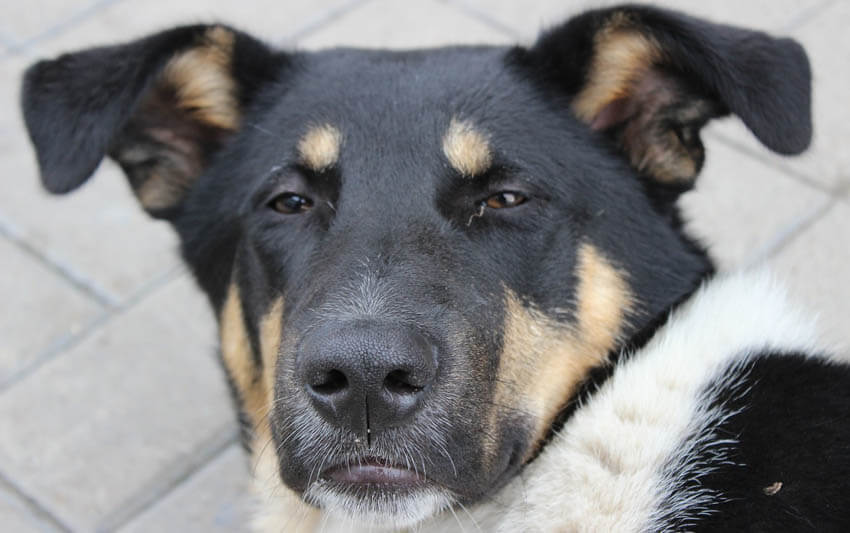 You knew it all along, your dog doesn’t just know your scent, but she also recognizes your face – and now a research study proves it.

Does your dog gaze at you intently while you’re eating, his eyes locked on you like nothing else matters in the world? He doesn’t want your food, he’s memorizing your facial features so he can tell you apart from others. Actually, that’s probably not the case and he’d like a bite of whatever your having; however, a new research study demonstrates that dogs rely greatly on seeing their owners’ faces in order to recognize them.

In a recent study to be published in an upcoming issue of Animal Behavior, researchers at the University of Padua, Italy discovered just how much dogs rely on seeing their owners faces in order to tell them apart from others. From a person’s perspective, this seems to be an obvious conclusion since we rely heavily on sight, but it’s surprising in terms of our canine friends. With their outstanding sense of smell that can uncover bedbugs, diabetes, prostate cancer and more, one would think scent alone would enable dogs to recognize us.

In the study, dogs were exposed to their owner and an unfamiliar person repeatedly entering a room and leaving through different doors, and at the end of the sequence the dogs were allowed to approach the doors. Researchers measured how long each dog looked at one person versus the other and which door they approached. Not surprisingly, dogs gazed at their owners most of the time and choose to wait by the door they exited.

The studied was then repeated, but the owner and stranger covered their faces. In this next phase, the dogs were much less attentive to their owners, revealing how much the dogs relied upon seeing their owners’ faces in order to recognize them. “This is very likely to be a by-product of thousands of years of domestication,” said Dr. Mongillo, the lead researcher in the study.

In an interview with the BBC, Dr. Mongillo explained that while many researchers have studied how human-dog interaction, “no one had yet investigated how the animals focused on one person in preference to another – or just how much companion dogs “prefer” their owners.”

Read more about the study at the link below.

See the Abstract of the study, “Selective attention to humans in companion dogs, Canis familiaris”