The Latest Dog News Round Up 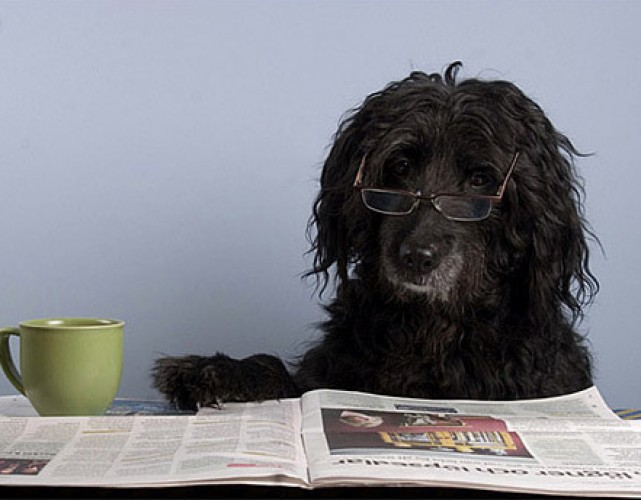 Here’s a look at the latest dog-centric news to cross the wire. From a cancer-detecting dog and safety risks associated with sleeping with pets to just how much dogs impact our safe driving, and more — it’s all here!

We’ve heard about the amazing power of a dog’s nose and the ability of dogs to successfully detect various cancers, we well as drugs, peanuts, explosives, and even cell phones – all to aid and protect people in various ways. And now the latest benefit dogs can offer is the ability to detect early stage bowl cancer. According to a study published in the January issue of the British journal Gut, a specially-trained 8-year-old black Lab named Marine was able to detect colorectal cancer 91% of the time when sniffing patients’ breath and 97% of the time when sniffing stool.
www.abcnews.com/dog-detects-cancer

A recent study from University of Canterbury’s Department of Psychology and published in the journal Behavioural Processes revealed the size, width and basic shape of a dog’s head can accurately predict the dog’s ability to fight, pull and run. The study looked at how well 217 dogs performed during an International Weight Pulling Association sporting event for dogs. All of the more broad-headed dogs in the study, which included American Pit-Bull Terriers, American Bulldogs and Bernese Mountain Dogs, were able to pull substantially higher weights than their narrow-headed competitors, yet the latter were faster and more efficient runners.

Researchers added that physical performance in animals (as well as people) is constrained by tradeoffs, which is why it’s rare to find a dog that is both exceptionally strong and fast.
www.discovery.com/dog-head-size

Sleeps with Dogs No More?

A few weeks ago, you may have heard the news: sleeping alongside your pets can make you sick. In an upcoming paper in the journal Emerging Infectious Diseases, researchers from the University of California-Davis school of veterinary medicine detail infections people have contracted by getting close with their pets. These include the plague from flea-infested pets, a MRSA infection, and various parasitic worms specifically from dogs.

Does this mean you need to change your cozy sleeping arrangements? It depends. The researchers recommend people avoid sharing a bed with pets and kissing pets, and also state the people most at risk are young children and those with compromised immune systems. Other experts add the occurrences of such infection are uncommon, and pet owners should simply take precautions to reduce risks; precautions include maintaining your pet’s health with regular vet visits, deworming pets and keeping them free from fleas, and washing hands after playing with pets.
www.usatoday.com/sleeping-with-pets

Safe Driving is Going to the Dogs – Part II

Woof Report wrote about a recent AAA/Kurgo survey, which revealed the not-so-surprising news that drivers often forgo safety when bringing their pups along for the ride. While 31% of the 1000 dog owners surveyed admitted to being distracted by their dog when driving, researchers found that 59% of drivers had taken part in at least one distracting behavior, such as petting or feeding their dog while driving. And now safe driving with dogs is in the news again.

Experts say an unrestrained dog on a driver’s lap, hanging out a window or otherwise loose in the car, can be deadly. Tens of thousands of car accidents are believed caused every year by unrestrained pets, and it’s one of the easiest accidents to avoid by using a pet restraint or carrier. Currently, Hawaii is the only state that forbids drivers from operating a vehicle with a pet on their lap. And next up may be Oregon since lawmakers will soon vote on a bill that proposes a $90 fine for those that drive with an animal on their lap. Apparently, a similar bill was proposed in California but not signed.
www.msnbc.msn.com/safe-driving

Read more fascinating dog news – plus find other fun dog facts, in our More Bones to Chew On category in our Tip Archives.
www.woofreport.com/more-bones-to-chew-on

Thank you to Bee Thalin on Flickr for the photo of Thelma.