Why Dogs Shake Their Toys 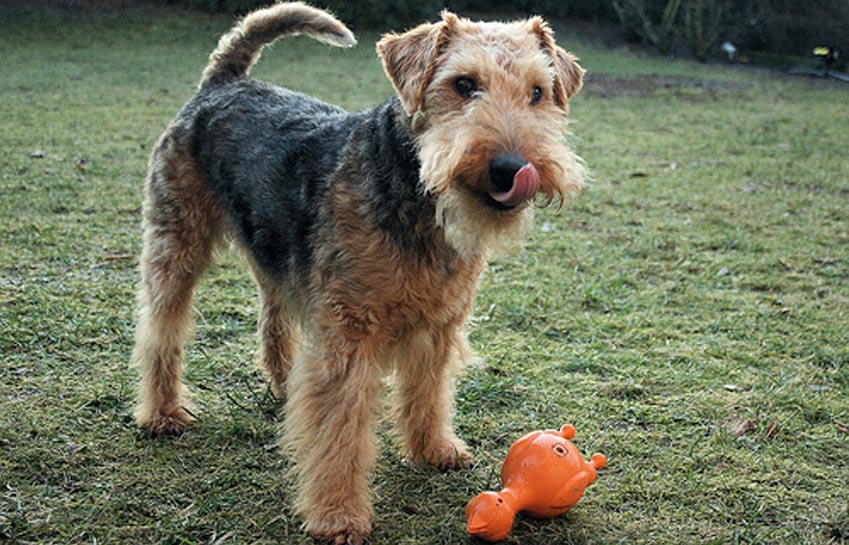 Your dog loves to clamp onto to a toy and vigorously shake and thrash it about, but why? Look to his wolf ancestry and calm-inducing endorphins.

Woof Reporter Larry loves to shake his toys. And it’s not a sweet little shake. During play, Larry gets a good grip on a toy and vigorously shakes his head side to side, often leaving us to wonder how he can stand upright after a hearty shaking bout. He does it over and over and seems to love it.

This behavior begs the question:  Why do dogs shake their toys?

The consensus points to our dogs’ wolf ancestors and the associated hunting instincts. Although our dogs are domesticated, they still have natural predatory instincts; and since they’re no longer are needed for hunting for food, they come through in play. They’re apparent in behaviors like pouncing, chasing, tugging and others – including shaking, and these are all normal behaviors as long as they are playful.

With regard to shaking specifically, we can look to wild dogs and wolves that kill small prey by shaking the animal in order to break its spine quickly and end its life. It’s been said a dog displays this instinctive behavior in much the same way during play: a dog shakes his toy, or his ‘prey,’ to kill it.

Given that calming endorphins are released when a dog chews on toys and also during play and exercise, perhaps toy shaking causes the release of endorphins as well, making our dogs feel good and releasing stress. There’s yet to be a study on it, but it certainly seems to be the case!

Find toys your dog will love to shake in the Woof Report Store, which features our hand-picked favorites from Amazon.

Thank you to lapideo on flickr for the photo of Lucy.