Why Dogs Wag Their Tails 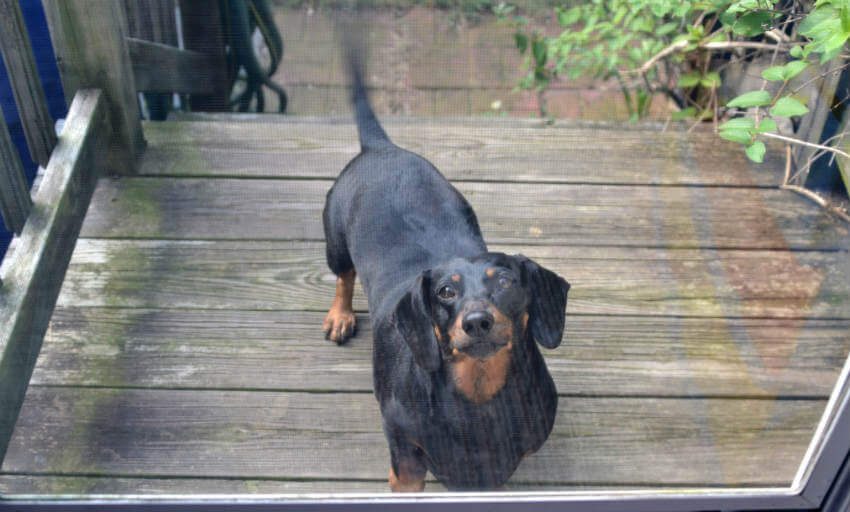 A dog’s tail is like an antenna, both the first thing you notice and the easiest indicator of their mood. Read on to learn the many reasons why dogs wag their tails.

Praise for the puppy dog tail. For centuries it’s wagged its way into our hearts. That’s because dogs’ tails are so much more than a range of 6 to 23 highly mobile vertebrae, they’re extremely adorable, and a major communication tool for the fuzzy mug at the other end.

Everybody knows that dogs wag when they’re happy, but did you also know that happy wags usually veer to the right? Or that dogs typically don’t wag when they’re alone? We didn’t either. Look what else we found out about the wonderful wag:

Talk to the Tail

To understand a dog’s intention through tail movement, you need to consider the whole dog’s body language and in some cases, breed too, or how the dog naturally carries his tail (more on dog body language in upcoming tips).

Studies show that dogs use tail position and movement as a social indicator, which means they generally don’t wag their tails when they’re alone. For instance, if you present your dog with food, he’ll cue the happy tail. But if he happens upon his full food bowl without the presence of a person or other animal, his tail generally does not wag.

As dogs’ tails evolved over the centuries, its primary use has changed. Originally, tail movement played a critical role in keeping the dog balanced. Modern day pups use it to communicate intention, emotions and social status.

Wagging or not, a tail held high says “this dog’s in charge,” an important signal of high rank in the dog pack hierarchy. But a high tail can also communicate an increased interest in something the dog senses around him.

Friendly dogs tend to wag their tails straight out behind them, rather than up or down. It’s usually a sign of curiosity and interest, inviting others to engage with him.

The speed of a wag tells a lot about a dog’s state of mind and personality. When a dog anticipates a treat or playtime coming, he accelerates the wag. When he’s pleased, he slows it down. But just like people, different dogs (and breeds) are more emotive, thus more tail-wagging than others.

Tail Between His Legs

We all know this one. An insecure, fearful or submissive dog lowers his tail between legs (usually right after getting caught for eating the cat’s food).

Studies suggest that dogs favor wagging to the right as a positive response (i.e. “here comes Mommy”) and to the left as a negative response (“here comes that scary dog from next door”). Read details about a 2007 study in The New York Times and more on the topic in a 2013 research study.

Thank you to Tony Alter for the photo of Jimmy Dean.