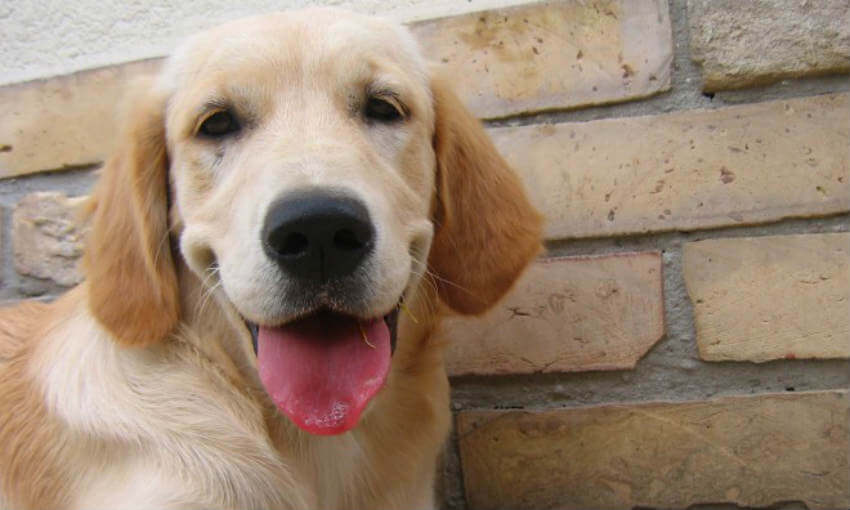 Celebrate the love of a dog by baking for your pup to mark National Dog Week (yes, they get a full week – not just a day!). Find our pup-approved recipe for Cinnamon Bun Bites and get cookin’

Everyone knows, in some ways every week is National Dog Week. The most spoiled member of the family gets lots of ear rubs, belly scratching, treats, walks with ample sniffing time and cuddling on the couch each and every week of the year.

But the last full week of September is different: it’s the official National Dog Week. National Dog Week was created in 1928 by Captain William Lewis Judy to honor the brave canines that had served in our military. Today it remains a time to celebrate working dogs everywhere that have selflessly helped people in so many ways. And it’s also a time to celebrate your own dog and the loyalty, love and joy he or she brings to your life.

One way to celebrate is to bake homemade treats for your dog, and we’ve got just the recipe for you: Cinnamon Bun Bites! Not only do they resemble tiny cinnamon buns, but also they’re made with whole wheat flour and canola oil, which contain heart healthy mono and polyunsaturated fats and omega 3 fatty acids.

Direct from Julie Van Rosendaal, a food writer, food editor of Parents Canada magazine and author of three best-selling cookbooks, co-host of TV’s It’s Just Food, and writer and photographer of her own blog DinnerwithJulie, these tasty treats are sure to please. Julie’s big black dog named Lou has even given them the paw stamp of approval.

Preheat oven to 350°F. In a large bowl, combine flour, baking powder, and salt. In a small bowl stir together water, oil, and egg. Add to the dry ingredients and stir just until you have a soft dough. On a lightly floured surface, roll or pat the dough into a rectangle that measures roughly 8×14-inch.

Drizzle with honey and sprinkle with cinnamon and nuts, if using. Starting from a long edge, roll up jelly-roll style and pinch the edge to seal. Using a sharp serrated knife or (even better) dental floss, slice half an inch thick and place slices cut side down on a cookie sheet that has been sprayed with nonstick spray.

Bake for about 15 minutes, until springy to the touch. Wait until they have cooled completely before you add the with cream cheese “icing.”  To make it easy, place the icing in a zip-lock bag and snip off one corner to squeeze it out. The recipe makes about 2 dozen biscuits. Store extra in a tightly covered container or freeze. If they are frosted, store the container in the fridge.

Thank you to Julie Van Rosendaal for the recipe. Find more recipes for pups and people at her blog, DinnerwithJulie.