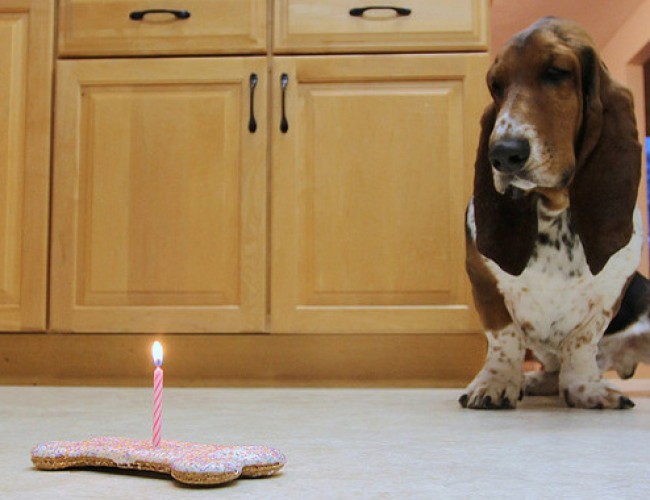 We celebrate holidays each month, but what about our dogs? They could use a few more and will especially love this one, Dog Biscuit Appreciation Day!

Introducing one of your dog’s favorite holidays, and one that may be celebrated daily in your home, International Dog Biscuit Appreciation Day! If it wasn’t on your calendar already, it certainly should be (according to your dog) and it’s today, February 23rd.

In honor of this holiday, be sure to celebrate. Read on to learn about the origins of dog biscuits and then check out the links below to past Woof Report tips featuring dog-approved recipes for home baked treats. And if you’re reading this after February 23rd, it’s highly likely your dog will not mind a belated celebration!

The Origins of Dog Biscuits

Thanks to articles on MadeHow.com, we’ve got the scoop on the history of the much-loved dog biscuit. According to Petcentric, dog biscuits in some form have possibly been around since Roman times, but the earliest dog biscuits weren’t made especially for dogs. The ‘biscuits’ were actually old stale bread, and “bad bread” was termed “dog’s bread.”

Then Came the Milkbone

Near 1908, the F.H. Bennett Biscuit Company was established and depending on the source, purchased Spratt’s recipes, or created their own dog biscuit recipe, selling the biscuits under the name Malatoid and in the shape of a bone. And in 1915, the name was then changed to Milkbone to indicate cow’s milk was one of the main ingredients in the recipe. The Milkbone brand was then acquired by Nabisco Biscuit Company (then the National Biscuit Company) in 1931 and it dominated the dog biscuit market until the late 1960s when other manufacturers started successfully creating competing products.

Food for thought as you browse the dog biscuit aisle and see the variety of dog treats in term of brand, flavor, size, and shape!

Now for the celebrating part, bake up a batch of homemade treats with one of the recipes below or purchase a new kind of biscuits for your dog to mark the holiday!

Read more about the origins of dog biscuits at Madehow.com.
www.madehow.com/Dog-Biscuits

Thank you to Jelly Dude on flickr for the photo of Shorty.