Effective Signals to Entice Your Dog to Play 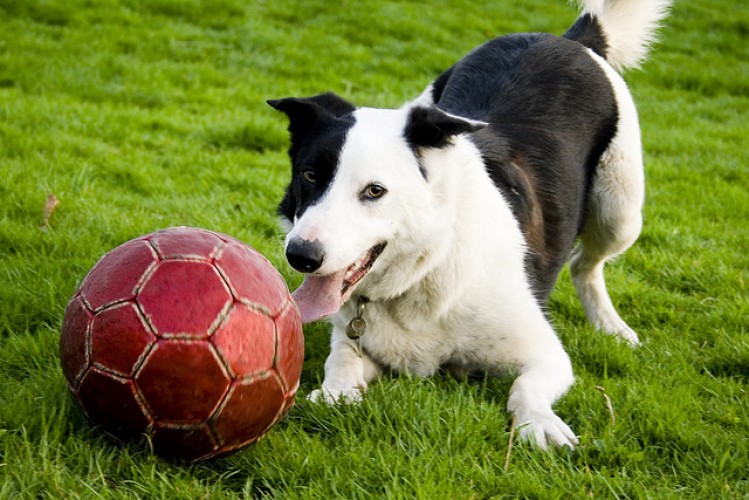 This interesting study enlightens pup parents on effective (and not so effective) signals to show your dog it’s playtime. Give a play bow, lunge toward and away from your pup and it’s game on!

You’ve seen your dog initiate play with another dog – it’s natural dog-to-dog communication – the bouncy walk, open mouth and wagging tail, or the classic example, the play bow. But can our specific actions communicate to our dog that it’s time to play? Does the special language you share with your dogs include a way to say “playtime”?

Thanks to Karen London, certified applied animal behaviorist, certified pet dog trainer, author, and part of the team behind dogbehaviorblog.com (a Woof Report favorite), giving signals to entice your dog to play just got easier.

In a post on dogbehaviorblog.com, Ms. London discusses the research study from Rooney, Bradshaw and Robinson, “Do dogs respond to play signals given by humans?” published in Animal Behaviour in 2001. Ms. London explains that although the study is from some time ago and is widely known in the academic world, it never reached a larger audience and people and dogs could clearly benefit from its findings – and Woof Report agrees! Take a look at the findings, then examine how you encourage your dog to play, and then improve its effectiveness.

In the study, researchers videotaped dog owners initiating play with their dogs without using toys.

Their findings were very interesting:

The study also suggested that adding vocalizations to physical play signals made the signal more effective, although they were not effective on their own, and also that different play signals could encourage different types of play.

If you’ve already got your play signals down pat, then simply remember to make play a part of every day – you and your dog will love it!

See the abstract for the Rooney, Bradshaw and Robinson study, “Do dogs respond to play signals given by humans?” published in Animal Behaviour
www.sciencedirect.com/play-signals

Thank you to Adam Foster on flickr for the photo of Moss.