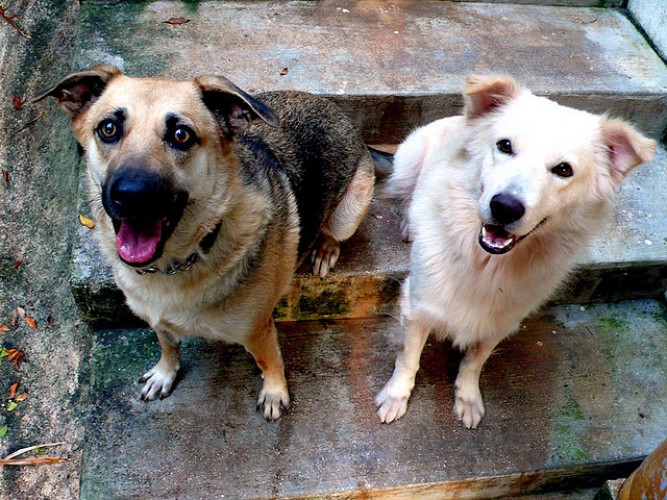 Learn the best way to give your dog commands. To improve your communication with your pup: keep it simple and just say the command without other words preceding it.

Do you speak dog, and just how well does your dog respond to your verbal commands? Will he get his ball or go to his bed at your command?

Either way, you already know human to dog communication can be tricky, and that’s why expert advice is always welcome.

When providing verbal commands to your dog, it’s important to consider the effective use of your voice. In Woof Report’s past tip, an expert trainer explained how choosing the right pitch could help you communicate more effectively with your dog. And research offers insight about how other elements of verbal commands can influence a dog’s response. Specifically, how do dogs respond to commands in which their name or other words come before the command?

According to Con Slobodchikoff, Ph.D., animal behaviorist and conservation scientist, and part of the team behind dogbehaviorblog.com, dog owners typically want to say more than just the command. And he’s right. Who is not guilty of repeating a command over and over (“Sit, Sit, Sit”), or tacking on extra words before a command (“Let’s see how you can sit for me, Sit”)?

In a post on dogbehaviorblog.com, Con Slobodchikoff discusses a 2010 research study from Braem and Mills, which sought to test the hypothesis that “verbal information preceding a verbal command” affected a dog’s response to a command. (Factors Affecting Response of Dogs to Obedience Instruction: A Field and Experimental Study. Applied Animal Behavior Science 125, (1-2), 47-55).

The researchers concluded, “responsiveness may be affected by non-informative verbiage preceding important information.” In other words, a dog’s response to a command may decrease when unfamiliar words precede it.

The takeaway to improve your communication with your pup: keep it simple and just say the command without other words preceding it; use your dog’s name before a command only if it’s a command he knows well. With that, your one step closer to speaking dog.

See the blog post about this study from Con Slobodchikoff, Ph.D
dogbehaviorblog.com

Thank you to chotda on flickr for the photo of Paquita and Alfie.