Housebreak Your Puppy or Dog in Three Steps 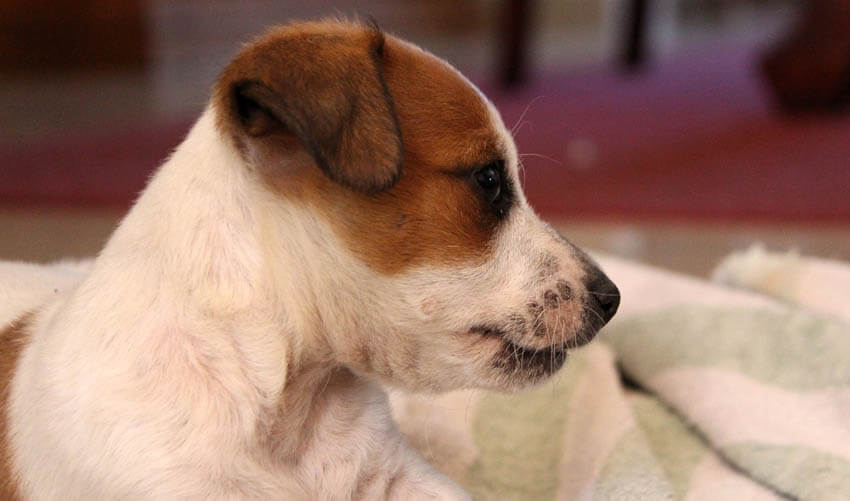 Whether you’re welcoming a new puppy, an older dog, or just can’t seem to get your dog to stick with the program, learn how to housebreak your dog with ease in three easy steps.

We know all about it. You’ve stepped in the puddles. Your carpets are DNR. Your home is a puppy potty. The cons of pup parenthood are few. But your letters to Woof Report spell out the biggest one – housebreaking. Whether you’re welcoming a new puppy, an older dog, or just can’t seem to get your dog to stick with the program, today is your lucky day. Woof Report got the poop on housebreaking from Mike Wombacher, our new Woof Report resident training expert. Follow his Three Pillars of Housebreaking, an excerpt from his book, There’s a Puppy in the House, and your carpet lives another day.

The Three Pillars of Housebreaking Your Dog

The first impression of a young puppy is that, other than being cute, it’s little more than a relentless pooping and peeing machine. Unfortunately, piles and puddles are an unavoidable part of puppy ownership. Therefore the suggestion to simply “deal with it” is valid. That being said, the next question of course is, how do we put this behind us as fast as possible? The answer can be found in what I call The Three Pillars of Housebreaking: Confine, Supervise, Regulate. Imbibe these principles and you will be on your way to a housebroken pup relatively quickly; don’t and you’ll be sorry. Let’s take a look at each of these principles in turn.

Confinement is key to any housebreaking program because pups, generally speaking, don’t like to poop or pee in the immediate area where they’re hanging out. You can confine a pup in any number of ways – crates, ex-pens, patches of backyard, or cordoning off certain areas of your house such as a kitchen or hallway with baby gates. These are the most common approaches and they work nicely in tandem with one another. You should avail yourself of these areas at any time when it is not possible for you to supervise your pup.

If your pup is not confined in a situation such as the one described above, he or she must be supervised. Now, supervision does not mean that you know your pup is “back there somewhere.” Supervision is active; it means you know where your pup is because you can see him or her. If you’re too busy for this, confine your pup. You should be aware that the bulk of all housebreaking problems revolve around failures in this area.  Now, you might ask yourself, “what’s the big deal about supervision? The pup will still go right in front of me?” That’s true, but if you see your pup eliminate you’re in a position to do something about it, that is to reprimand your pup. Yes, that’s right – reprimand (more on that in a minute).

One very clever way in which you can both confine and supervise a pup at the same time without constantly crating or penning is to leash the pup to yourself in the house or tether him or her to nearby objects such as table legs (offer a little bone or other chewie to keep the pup busy in the latter case). That way the pup gets to be with you, starts to understand your leadership role (as he or she will be following you around), and you can supervise while still being engaged in other activities.

Returning to the subject of reprimands, please don’t be taken in by training tips that suggest you ignore the pup when he or she is pooping in the house because reprimanding them will make them afraid to go in front of you. Reprimanding them teaches them what’s not okay and helps them to learn. So how should you reprimand your pup? By clapping your hands loudly and in a strong tone – not an angry one but one filled with urgency – commanding “ah, ah, ah – no, no, no.” The idea is to startle and interrupt the pup, then bring him or her outside as quickly as possible, and encourage him or her to finish there, at which point you deliver a treat.

This third pillar simply refers to establishing a predictable routine for your pup, that is, regular mealtimes and regular elimination times. The more predictable this becomes the more your pup will come to expect it and the more his or her little metabolism becomes synced to that routine.

So there you have it – the outlines of a solid housebreaking program. If you find yourself having trouble with housebreaking there is a 98% chance that your problem can be found in one of these areas, most likely lack of supervision. That being said, there can be many subtle nuances and problems in housebreaking, so check out the link below for more information.

Read the entire chapter from Mike’s book, There’s a Puppy in the House, for more information and helpful tips.
www.doggonegood.org/housebreaking