Understanding Pauses in Dog Play and Why You Should Know 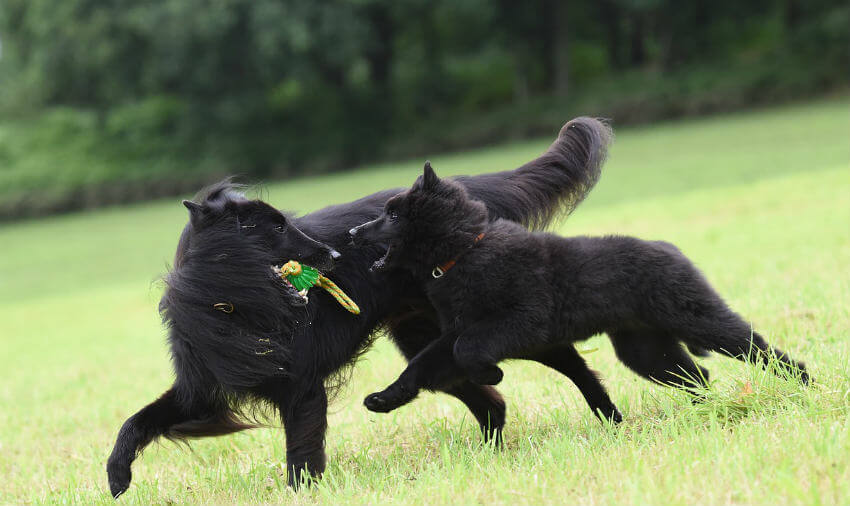 Learn what to watch for when your dog plays with other pups — specifically, look for pauses in play to show your dog’s still engaged in positive play.

It wouldn’t kill us to pick up on our dogs’ excellent habits. Think about it: They stretch before running, nap when they’re tired, and even take breaks from play to rest and regroup. Just ask applied animal behaviorist, certified dog trainer, and author, Karen B. London, Ph.D. She specializes in the evaluation and treatment of serious canine behavioral problems. And she sees just how important those play pauses can be.

In fact, London explains, “If I could just choose one tip to share with people who care about how their dogs play, it would be that in appropriate canine play, there are usually lots of pauses.” While these pauses are short, even under a second long, they should occur frequently.

“The pauses allow dogs to regroup, maintain emotional control and then start playing again with play signals that remind other individuals of the playful intentions behind the play behavior.” Since all dogs assume that when it comes to play everyone is a willing participant, these little breaks in play can boost pup communication power. Without them, London explains, “Play can quickly change from fun, fun, fun to an out-of-control scary and a potentially injurious whirlwind of paws, teeth, and yelps. Play with lots of pauses is far less likely to turn into such a troublesome situation than play without such pauses.”

So what’s happening during these pauses? Watch closely while your dog steps away and separates himself from the action, looks around, or even lies down for half a second. London explains that he’s using this time to decide whether or not he’s up for more play instead of say sniffing the grass or playing with someone else. To hit the play button again, most dogs get into the play bow, a dog’s most commonly used play signal, or chase their playmate. That’s dog for “Game on!”

For more on the how’s and why’s of pauses in pup play, check out the full article below from Karen B. London, Ph.D.
www.azdailysun.com/dogplay